Menu
Student Login
No products in the cart.
$0.00 USD Cart

Have you heard about PMI’s acquisition of Disciplined Agile? Well if you have not read along and if you have and have some questions, you may find below valuable. As Mark & Scott said at our DADay2019 “DA+PMI Our Exciting Future Together.” There is a sweet spot for DA in PMI just like there are sweets spots to DevOps, Agile and any improved way of working. Mark says DA won’t be a re-write of either methods and Bodies of Knowledge (PMBOK, DABOK) but extend and complement each other.

It just makes sense, with projects moving to agile ways of working why not use a toolkit to give all PMs the edge, knowledge, process, and tools to do it effectively. Mark & Scott, the Founders of DA, say, “We want to bring Disciplined Agile (DA) to the next level, and we need a partner to do this.” Quite Simply DA with PMI’s presence, support and “bigger machine” behind them shall propel DA to infinity and beyond!

All PMPs, PMI-ACP, DA, CDA, CDAP, CDAC, CDAI, members, chapters – current and new! Because DA promotes Awesome People as a modern agile way of working, there are many roles and team members in agile groups. So if your a PM, Developer, DevOps Engineer, Operations, HR, Finance, etc., everyone will benefit from this partnership! Will certifications be affected? However just announced today at DADAY2019, there may be a new change for CDAP to DA ScrumMaster and alignment to PMIs certifications. Going forward it seems to be the case and more information is forthcoming from PMI, stay tuned! 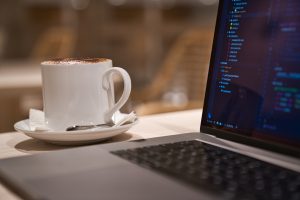 Check with your local chapter, check with Meetup for local guilds, and of course the PMI website and Disciplined-Agile.com FAQ for latest news and updates. We host guilds locally and in BC so join us for more information as these guild dates get announced on this website and meetup.com

When will the changes take effect? Mark & Scott say “Stay tuned!” I would think this will be both gradual and possibly some big bang (CDAP – PMI Professional DA SCRUM MASTERS is in the works) in terms of new services, knowledge and really cool announcements!
Now is the time to get certified and become a DA member!

I highly recommend folks register and become DA members and take a certified DA course, do the exam and get certified. Join a guild, talk to PMI chapter, join the LinkedIn DA group and or reach out to me via our contact form. Some wonder if costs will go up now that they are part of PMI, my answer is simple, “Mark & Scott are conscious of costs and keeping DA available to everyone, so they will always want to keep costs reasonable. “
Tagged Agile CertificationAgile Training CoursesDA CertificationDASMDASSMDevOpsDisciplined AgilePMPValue Streams Consultant
Subscribe
Login
0 Comments
Inline Feedbacks
View all comments